ExpressVPN vs NordVPN – Which Is The Best VPN?

ExpressVPN vs NordVPN (Which one will win the Fight?)

For the year 2019, ExpressVPN vs NordVPN is by far the two biggest VPN pitting against each other in the VPN industry. But, the ultimate question is who exactly comes out on top?

Deciding which is the best one is not an easy undertaking. At first blush, they all seem to look very similar. Users have tested their speed, torrenting or P2P capabilities, customer support, usability, Netflix accessibility, and other vulnerabilities. The verdict is out on the major differences of ExpressVPN vs NordVPN. There is likewise a huge difference in their subscription charges which tipped the scales to NordVPN’s favor being the more affordable.

ExpressVPN vs NordVPN, are both leading VPN providers. Many users find it difficult to choose between the two. In this in-depth review, we will closely examine the many attributes of each one of these VPNs and find out which is best suited for a specific set of tasks.

Let us walk through an exhaustive analysis on each attribute as we set one against another. Here is what we found out with our in-depth ExpressVPN vs NordVPN review. 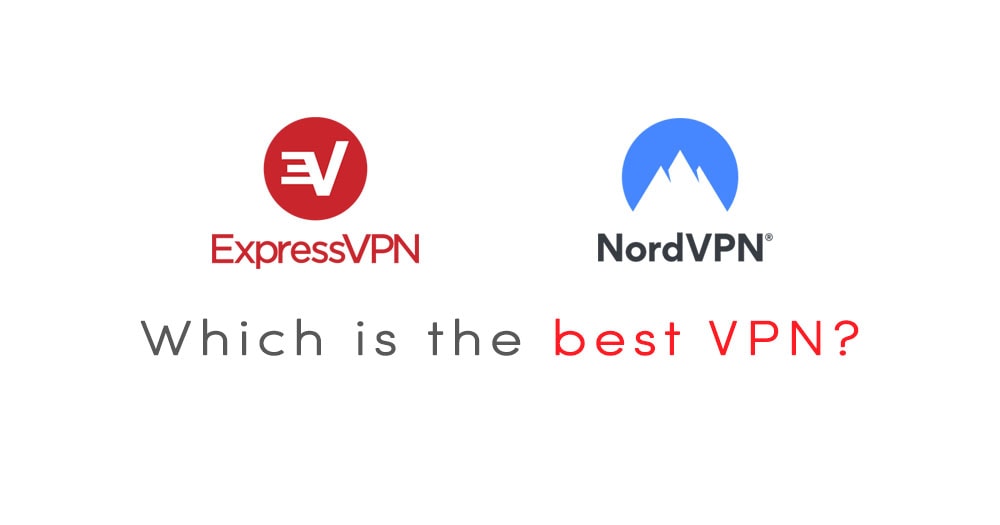 Let us take a closer look at how easy to install and set up NordVPN vs ExpressVPN clients. All things considered, many users simply wish to start using a very secure connection without any issue.

When it comes to the user interface, comparing ExpressVPN vs NordVPN, our findings are below. Both cater to almost all kinds of devices applicable.

They have made a lot of effort in refining the designs and ensuring that the user experience is the same all across various clients and even on their websites. 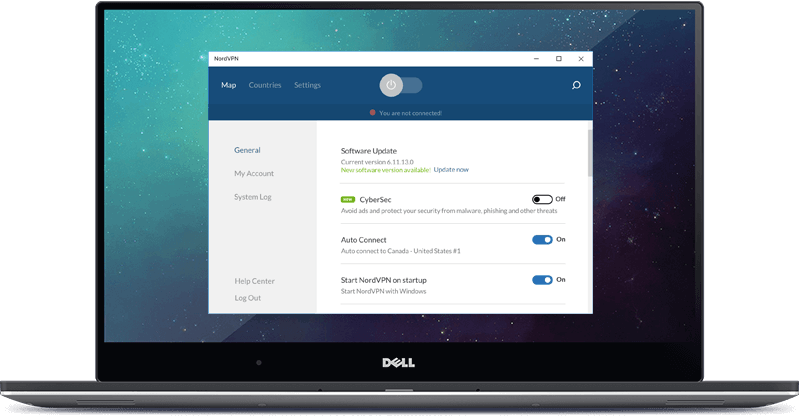 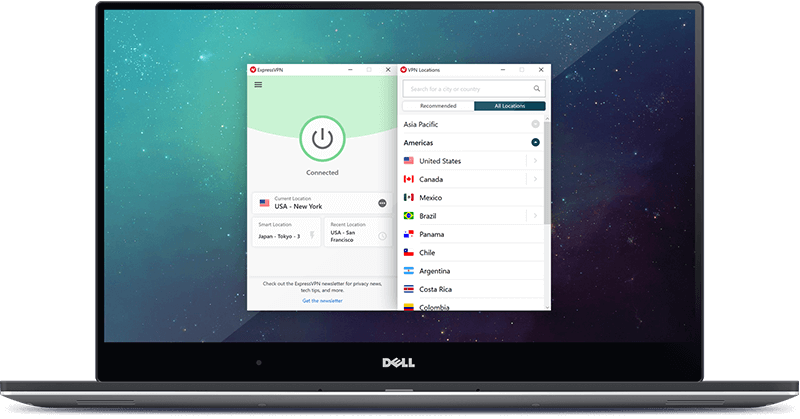 ExpressVPN is offering the possibility to connect to 5 simultaneous servers, although the router will protect every single device that it has connected to.

Privacy and security features between ExpressVPN vs NordVPN can be great, but not at the expense of speed. If you are connecting to various servers all across the world, you will experience slow speeds, however, with the best VPN, you can minimize the problem.

Here is the performance comparison of ExpressVPN vs NordVPN.

Overall, ExpressVPN slowed down at about 19% percent, but this is a pretty decent result.

The next important category for the ExpressVPN vs NordVPN review is the features and unblocking capabilities of each VPN client. So, let’s find out.

When comparing ExpressVPN vs NordVPN in terms of security and encryption, there are some things to consider. Whenever the security of data is of importance, there are no apparent leaks with either ExpressVPN or NordVPN.

I work with ExpressVPN and NordVPN and made some tests to check these clients for IPv4 as well as IPv6 leakages or DNS leakages. They both passed the test with flying colors.

But, there is one major difference between the two when it comes to privacy and security, their VPN kill switch. A very good VPN kill switch is capable of blocking all sorts of traffic in an untoward event where the VPN connection suddenly drops, hence securing the data and keeping DNS requests and IP address unexposed at all times.

But, the problem is NordVPN’s app for Mac only has the app kill switch. Simply put, the traffic is not effectively blocked from the firewall in the event the VPN connection drops, and it exposes your IP address to the public. When contacted through their customer support, NordVPN said they are currently working on a network level kill switch for their Mac client, however, it is still under wraps.

However, ExpressVPN has a fully functioning kill switch that is available on all platforms like Android, Windows, Linux, Mac OS, and even compatible routers. The kill switch can also be set up by your smartphones. Their network lock offers an effective and robust kill switch. It can protect the users from any DNS leakages when switching networks, like going from ethernet to Wi-Fi while the VPN client is still working.

When ExpressVPN vs NordVPN comparison of security and encryption has been made, it goes to show that ExpressVPN came out victorious. The kill switch feature has made the cut and so in this regard, they won the competition.

As for logs, ExpressVPN vs NordVPN appears to be both great options, as both of them are certified ‘no-logs’ VPN service providers. The NordVPN logging claims were properly verified when they previously surrendered their servers and staff to a 3rd party audit to check on and verify their logging policies.

This is a clear show of their compliance. The ExpressVPN’s no logs policy was also put to the test and was further verified by authorities in Turkey. Authorities seized the servers of ExpressVPN, however, they were unable to find any useful data as the company has practically no logs to provide.

But, they nevertheless have the option to share crash data, which affords ExpressVPN with some info about the network stability, apps, and more which can be easily disabled from the settings configuration.

They both offer connection limits. Both ExpressVPN and NordVPN provide temporary authentication systems, but they never require any data logs to be kept.

When comparing ExpressVPN vs NordVPN in terms of customer support, they are industry leaders. They both have the live chat feature on their website, they have staff who are experts and very knowledgeable.

In checking the chat systems, ExpressVPN customer chat connects faster. The email and ticketing response has also been compared and tested for ExpressVPN vs NordVPN, and we found that both responded real fast and very thoroughly. ExpressVPN slightly fumbled on a DNS leak issue and gave a lot of info about the topic without however addressing upfront the real question.

But, upon follow-up, they were able to answer on time. ExpressVPN has great average response times, which is one hour and forty minutes, compared to NordVPN’s three hours and twenty-five minutes.

Both VPN clients did send replies to all of the questions posed to them, some VPN clients never answer back. But, the response times for other inquiries can take some time, but so far, these are the fastest response we have in the market today.

If you want to compare ExpressVPN vs NordVPN prices, here are the rates:

It is clear from the prices above that NordVPN provides the cheapest rate with their 2-year discounted plans at only $3.71 each month. But, there is a greater risk involved in subscribing to VPN for that long, however, the exchange here is the lower pricing per month that translates to huge savings for users.

ExpressVPN does not provide any free trial, but it does provide 3-year plans at a cheap rate. The discounted fifteen-month price can extend very good savings. As for temporary sales, ExpressVPN is the winner with its very consistent rates and pricing.

ExpressVPN accepts wide-ranging payment options such as Paypal, all major credit cards, Bitcoins, and other various payment processors. You only have to provide a valid email address and payment details with them to process your subscription.

For NordVPN, they support several payment options, however, the only difference is they do not accept Paypal anymore. Paypal is not an option you can pay your NordVPN subscription starting January of this year.

This can be a disadvantage as Paypal is a well-loved and favored payment processor for all time. Although NordVPN no longer accepts Paypal, they, however, accept all other major payment options, major credit cards, and also cryptocurrencies like Bitcoins and Satoshis.

ExpressVPN vs NordVPN provides a 30-day money-back guarantee for all of their products. However, there is a hairline distinction between them. ExpressVPN guarantees that users will get their money back, no questions asked – that simple.

For NordVPN, they would like to troubleshoot your problem first and sort things out before they offer you a refund. So, if you are asking for a refund from NordVPN, you can find it a bit of an issue as they want to first sort your problems with you before they finally issue you your refund request.

As for payment options and refunds, the winner is ExpressVPN. They still accept Paypal payments, and on top of that, they have a money-back guarantee of 30-days no questions asked, well that’s the deal-breaker in this case.

Both ExpressVPN and NordVPN are stellar VPN providers. They offer a large number of server locations to choose from. NordVPN can get your business if you prefer the dedicated, added DDoS protection, and a static IP address since ExpressVPN does not provide any of these services.

As for security issues, ExpressVPN is up a notch as it has very robust channel control encryption. As for privacy, NordVPN has it due to its zero logs policies. Both the NordVPN and ExpressVPN work in China and other areas where there can be very repressive policies and laws like Saudi Arabia and Iran. The testing revealed that speeds and availability go to NordVPN.

For users who wish to use VPN for some video streaming, the best choice out there is ExpressVPN. Even though NordVPN can get you streaming on Netflix, which makes it one of the popular VPN choices in the globe, it does not provide access to various libraries like what ExpressVPN offers other users.

The apps of NordVPN are much easier to use than ExpressVPN. However, ExpressVPN has its pros especially with having its very own firmware for easy set-up and configuration with applicable routers.

The two VPN service providers offer a 30-day money-back guarantee on all of their product offers, this affords users the chance to test and try out the services ExpressVPN and NordVPN offers. However, NordVPN can be a bit of a hassle to request a refund from. Whichever VPN service you finally choose, you are assured that you are in good hands.

To sum up all the findings in this ExpressVPN vs NordVPN review, here are the winners on the following categories:

Our winner is none other than – ExpressVPN!

Although the winner apparently in this comparison is ExpressVPN, there is no doubt that NordVPN remains as the very strong contender and a perfect second choice as a VPN service provider.

It still has the best features, security, reliability, speed, connectivity, logging policies, and other important functionality that you won’t find elsewhere. NordVPN is a robust, dependable, and high-quality VPN all things considered. You will not regret getting a NordVPN subscription for yourself with all the amazing features that are available at your disposal.

After all, either of these two VPN clients can be the best VPN for you depending on your usage and needs. If you are still unsure which one to go for, you can take both of these VPN clients for a test drive.

Any user can do an NordVPN vs ExpressVPN comparison. You can get them for a trial period of 30-days and ask for a refund if you are unhappy with the service. Sign-up for both, assess each app, do speed tests, and see for yourself which one is the best suited for all of your needs.