Cheap VPN Services - Should You Use Them?

With prices on fuel, food, and basic necessities growing every day, people are understandably looking for ways to reduce their expenses and find cheaper alternatives to goods and services. One seemingly harmless way to save a few dollars every month is to opt for the cheapest VPN service possible. Many customers look for ways to get a good VPN service for a cheap price. But are there good cheap VPNs? We answer this question in our guide and explain how cheap VPN providers compare to more expensive options. 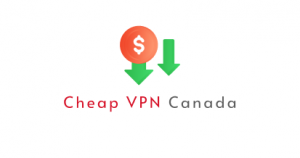 Many VPN review websites and sites that belong to VPN companies state that it’s best to opt for more expensive VPNs, instead of going for the cheapest possible option. But is this actually good advice, or is it just a trick these companies use to get you to pay more? We’ve decided to take a data-driven approach to this question and analyzed the most popular VPNs that belong to 3 price categories: affordable, mid-priced, and expensive. The table below shows how often VPN services in these price categories offer different features.

As you can see from the table, there’s surprisingly little correlation between the features offered by many VPN companies and their prices. In fact, it seems like the most expensive services frequently offer fewer features than mid-priced VPNs.

All in all, our analysis suggests that mid-priced VPN services are a much better option than cheap alternatives, as they provide a much better price-to-quality ratio. For instance, cheap VPNs for Windows and other devices generally lack dedicated IPs, live chats, routers, NAT firewalls, and smart DNS features. Cheap VPNs also rarely have TV capabilities, which makes them unsuitable for people who want to use a VPN to unlock streaming services on their television sets.

Another important parameter to consider is speed. Our analysis has shown that mid-priced or affordable VPNs can often be faster than the more expensive options. This could be due to the expensive VPNs’ enhanced security features, which have a negative effect on the overall connection speed.

One downside of mid-priced companies is that many of them don’t seem to offer a French interface, which is a significant inconvenience for French-speaking Canadians. Overall, if you’re looking for the best cheap VPN for your household, we suggest opting for a mid-range service because it will offer much better quality and features. Plus, if you buy a long-term subscription plan, the cost of the services will be significantly reduced, giving you access to affordable, high-quality software.

As a VPN user, you can save a lot of money by opting for a longer-term plan instead of paying for the service on a monthly basis. So if your budget is limited, this can be a terrific opportunity to save some money while still accessing a premium service, rather than going for a cheap VPN with a 1-month plan.

The Big Question - How Do Cheap VPNs Make Money?

One thing to note is that cheap VPN services are often regarded with suspicion by cybersecurity experts. This is because a VPN company costs a lot of money to run: you need to buy or rent and operate servers, perform around-the-clock technical maintenance, regularly test your software for security vulnerabilities and patch them, and provide customer support. All of these services require the skills of well-paid IT professionals.

Companies that offer free or dirt-cheap services rarely generate enough revenue to cover these expenses. So, they often turn to selling your data to recoup their costs and make a profit. Plus, some cheap services may even be sponsored by governments or organizations that are out to get access to user data. This is why we advise Canadians to stay away from the cheapest VPN options and thus protect their personal information.

Final Thoughts - Should You Choose the Cheapest VPN Service?

After thoroughly considering VPNs of all prices, we can conclude that cheap VPN subscriptions rarely offer the best value. Instead, a much better solution is to buy a 1, 2, or even 3-year subscription for a high-quality, mid-priced VPN. You can browse our Canadian VPN reviews here to find the best option for you.

Most of these companies have a long-standing reputation in the cybersecurity space, and they constantly work on updating their equipment, improving security protocols, and implementing new useful features. Plus, many of these services offer a 30-day money-back guarantee, so you can always request a refund if you’re not satisfied. 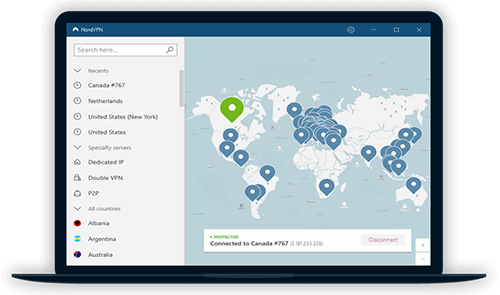